The Discovery of Umami 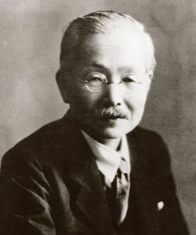 Dr. Kikunae Ikeda studied in Germany in 1899. The physiques and overall health status of the Germans impressed him. Dr. Ikeda fostered a strong desire to improve the nutrition of the Japanese people. 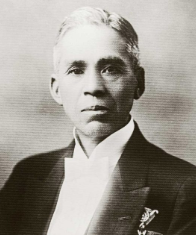 In 1909, a year after the great scientific discovery, Dr. Ikeda partnered with Mr. Saburosuke Suzuki. Together they introduced the industrial production of monosodium glutamate under the brand name of AJI-NO-MOTO®, the world’s first umami seasoning was born. 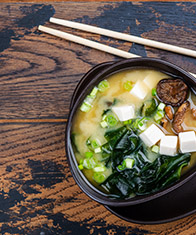 The journey of discovery began with a bowl of boiled tofu in Kombu dashi (a broth made from a kind of kelp.) While savouring the broth, Dr. Ikeda became convinced that there was another basic taste altogether different from sweet, salty, sour, and bitter. Intrigued by this thought, he began analysing the composition of Kombu dashi.

He ultimately discovered what gave Kombu its distinctive taste in 1908: It was glutamic acid, a type of amino acid. He named the taste UMAMI, and developed a method to produce seasoning with glutamate as its key component.

Glutamate is an amino acid that provides the Umami taste and can be found abundantly in protein-rich food.

Umami is a savoury taste imparted by substances such as glutamate, inosinate and guanylate. Inosinate is found primarily in meat and fish whereas guanylate is more abundant in the mushroom family such as dried shiitake mushrooms.

The levels of Umami increase significantly during the ripening process of food. Cheese and fully-ripened red tomatoes are good examples of this.

The Benefits of Umami

Enchance the flavour of food

Umami not only adds savoury taste in foods, but it is also able to harmonise the taste of all ingredients to produce a full-bodied blend of flavour sensation in a dish.

Promote nutrients intake of the elderly and children

Umami taste enchances the flavour of foods and encourages the elderly people and young childre to obtain an optimum amount of nutrients through a variety of food intake.

Reduce Sodium Intake up to 40%

By using a small amount of MSG, part of table salt usage can be reduced. The overall sodium intake can be reduced up to 40% while maintaining the palatability. It also helps to reduce the risk of high blood pressure and other non-communicable diseases.

In year 2005, besides on the tongue, scientists discovers that Umami receptors also exist in the stomach which functions with our brain in promoting protein digestion and absorption in the human body.

Watch Video on How You Can Reduce Sodium Intake