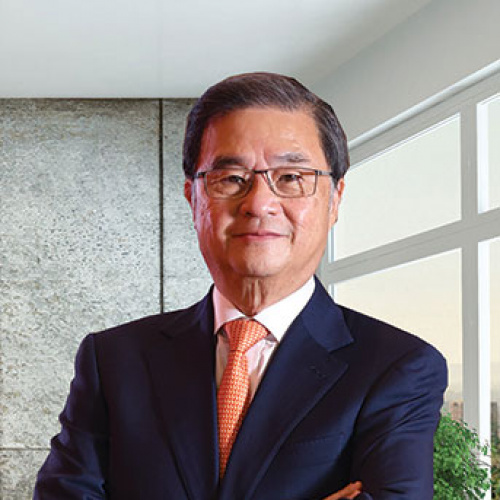 Tan Sri Dato’ (Dr.) Teo was appointed to the Board of Ajinomoto (Malaysia) Berhad on 28 June 2001 as Independent Non-Executive Director. On 4 June 2020, he was appointed as Chairman of Ajinomoto (Malaysia) Berhad. At the same time Tan Sri Teo was re-designated as a member of the Audit Committee from his previous position as the Chairman, and as the Chairman of the Remuneration Committee from his previous position as a committee member. He is also a member of the Nomination Committee. He attended all five (5) Board meetings held in the financial year.

Tan Sri Teo graduated with a Bachelor of Arts (Honours) degree in Business Studies and M.Sc in Management & Administration from the United Kingdom. He obtained his training from The Chartered Bank and Pillar Naco Ltd in UK. Since 1975, he joined and served as a Director of the See Hoy Chan Holdings Group, a well diversified group of companies with its core businesses in real estate investment and property development. In 1990, he was awarded the Certificate in General Insurance by The Malaysian Insurance Institute and appointed as Principal Officer for See Hoy Chan (Malaysia) Sdn. Bhd.'s Insurance Agency business.

Tan Sri Teo does not hold directorships in any other public company and listed issuer. He has no conflict of interest with the Company or any family relationship with any other Director or shareholder of the Company. He has neither been convicted for any offences within the past five (5) years other than for traffic offences, if any, nor received any public sanction or penalty imposed by regulatory bodies during the financial year.